I’ve been looking for a reference headphone to review other headphones, headphone amps, and source components. Well, with the LCD-X, I’ve found them…

Aural memory is a fickle thing. For me at least. The LCD-2 Classic ($799) left the building a couple of weeks ago and I will risk a rudimentary comparison to the LCD-X anyway. At $1199 (Creator Package), the LCD-X is pricier and as such it is reassuring that it is better at digging out detail than the LCD-2 Classic. My memory would say the difference is noticeable but not, for me, momentous. I get a feel for this difference when listening to Tord Gustavsen Trio’s The Other Side. I was very pleased when I listened through the LCD-2 Classic, but with the LCD-X I discover faraway breaths and ambient noises I didn’t notice before. Going by memory still, I would peck the LCD-X as being slightly cooler than the LCD-2 Classic. There was a glow, a hue, a color, to the LCD-2 Classic that made them more forgiving of both source equipment and recordings. I would also dare to venture that the LCD-X are punchier and more dynamic.

Of the two, by memory, I would pick the LCD-X every time.

Moving away from my frankly untrustworthy aural retentive abilities: how do the LCD-X compare to the great and ubiquitous Sennheiser HD6XX from Drop? Is it better? At many times the price it better be. And it is: better and very different.

The LCD-X sound more spacious with a wider soundstage. With ambient music like Tale of Us’ Endless album the sense of space is enormous. The music is like a cavern surrounding me. It’s almost uncanny. I can almost reach out and touch the sounds. The LCD-X give is a sense of depth and weight to this album that I don’t think I’ve heard before. This palpable spaciousness is maybe the most impressive quality of the LCD-X.

Another is the way music has tonal weight and the density. Not density as in cumbersome. Density as in gravity, quality, heft. They sound as heavy as they feel. Which is heavy, but not uncomfortably so. I can wear them for hours with no issue.

Clarity compared to the HD6XX is significant. More than significant: the HD6XX are not veiled, I find them smooth and – particularly with good amplification – they shine with a rich tone and all-around rightness. Listening to Björk’s Homogenic through the Hugo 2 ($2450) from Chord Electronics, the LCD-X paint on a much larger canvas with better imaging; much better separation and momentum and thrust. The LCD-X and the Hugo 2 are super clean and super controlled and super great. The Hugo 2 and the LCD-X go together like butter and bread, or, as Jeff Buckley would have said it, the ocean and the moon.

I’ve never heard Björk’s voice(s) so clear and present. Some of that is the Hugo 2 but music never becomes strained or struggling through the LCD-X. The low-end is incredibly tight. That deep kick drum beat on Bachelorette losses some weight on the HD6XX. The same with the bass, the timpani, and the cello: the HD6XX doesn’t have the low-end clarity or punch to do them proper justice. On the LCD-X we hear all of them clearly – and clearly separated.

The HD6XX are not bad. After listening for ten minutes – ten minutes where the glory of the LCD-X become increasingly vague in the back of my mind (that’s aural retention for you) – they are as enjoyable as ever. I love their smoothness and their versatility – which in this instance is the same thing. They play every genre and every recording very well. The LCD-X are much more revealing of bad recordings. I find the LCD-X do worse – because they are too revealing – with stuff like noisy metal (think Transylvanian Hunger) and disheveled singer-songwriter music.

But with very well recorded jazz for instance, like Being There by Tord Gustavsen Trio the LCD-X are in a different league. With the Hugo 2 instrument separation is through the roof. A wide soundstage and the rhythm-section interplay between Harald Johnsen on double bass and Jarle Vespestad on drums is effortlessly laid bare. Gustavsen’s piano never becomes harsh. The LCD-X give me the most enjoyable playback of this record I can remember.

It is detailed and immensely crisp. Exactly the two descriptors the HD6XX can’t nail. The HD6XX is more laid back with less attack on Gustavsen’s piano and less air. Where the HD6XX is richer overall, The LCD-X also wins comfortably on dynamics and groovyness.

Is there anything the LCD-X doesn’t do well? Apart from very harsh recordings? Not really. State Forest by Burial is eight minutes of dark-ambient apocalyptic wonder-music. Fittingly ominous in these times. With the LCD-X it sounds bigger/deeper/darker than ever before. It is a song filled with background detail and vinyl fits and crackles. The LCD-X give me more of that than I’ve heard before. But not too much. They open the window on a recording a let me hear it in all its splendor.

The LCD-X are tried and true headphones – much like the HD6XX, but in a different league. At Green Audio Review we might ask ourselves: why would we review headphones which are anything but new and shiny? Answer: precisely because they are not. We do not need to buy the newest, shiniest toy. The LCD-X were released 7 years ago and perform like they came out yesterday. That is exactly why we should invest in quality; and why quality can make the world a greener place.

We must stipulate that the LCD-X have seen incremental changes since their release. A 2020 LCD-X will sound different/better than a 2013 LCD-X. Among other things, in 2016, there was a substantial revision of the drivers. That is a sign of a company who always try to make the next batch of headphones better than the ones before. As consumers we can only view that as a healthy methodology.

The LCD-X are heavy and the build quality is very satisfying. They’re just cool to handle. I like looking at them from across the room. They are better than the HD6XX at almost everything. They are also six times the price.

If you can afford the LCD-X they are worth the asking. I couldn’t afford them and I bought them anyway. They were released seven years ago and I think they are perfect for seven more. At least. 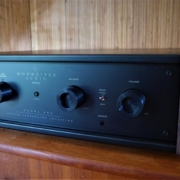 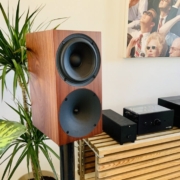 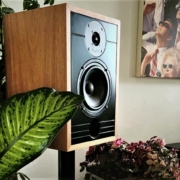 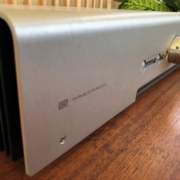 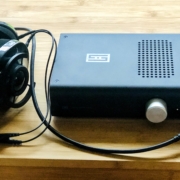 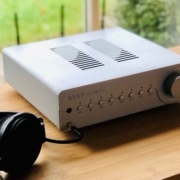